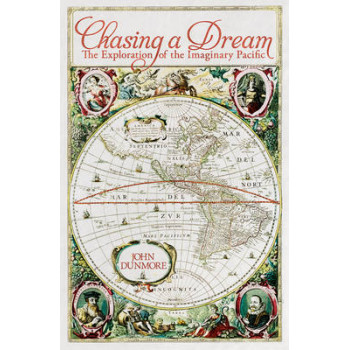 Chasing a Dream: The Exploration of the Imaginary Pacific

Early Europeans may have believed the world was flat, but by the Middle Ages there was widespread acceptance that it was, in fact, a globe. What remained a mystery, however, was what lay on the "other side". The belief in a vast southern continent went back centuries, and many expeditions set out to find it, sometimes in search of wealth, sometimes to convert its inhabitants to Christianity. This is the story of the voyages into this great unknown, by the Chinese and early Americans, the Dutch, Spanish, French and English; it recounts the exploits of pirates and scientists, and what lead to the debunking of many myths, from the sunken Great Southern Continent, to the idea that in the "antipodes", people walked upside down.