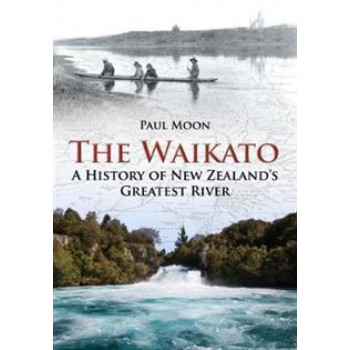 From snow to surf, the Waikato is New Zealand's longest river. This fascinating account takes a historical journey along its 425 kilometre length, uncovering extraordinary reports of the people, places and events along its route. Starting from a desolate, icy volcanic plateau, historian Paul Moon traces the Waikato's path through dense native forest, undulating pastureland, dams, several towns, a city, and a swampy delta, until it exits into the Tasman Sea at Port Waikato. Along the way he uncovers settlements that have disappeared, sites scarred by wars, some of the world's most convulsive geological events, great tragedies, and the remarkable stories that have taken place along the river. The Waikato: A History of New Zealand's Greatest River is the perfect companion for anyone who has travelled the river, or who wants to delve deeper into its forgotten past.