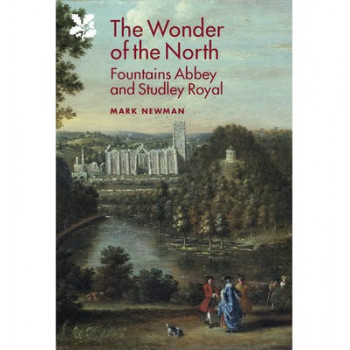 Wonder of the North - Fountains Abbey and Studley Royal

Dubbed "the Wonder of the North" in 1732, the National Trust's Fountains Abbey and Studley Royal Estate (now a World Heritage Site) encompasses one of the largest, most magnificent and beautiful designed landscapes ever created. This richly illustrated volume charts the landscape's history from the first arrival of prehistoric hunters, via medieval monasticism, the Dissolution of the monasteries, eighteenth-century aestheticism and scandal, and the first ages of mass tourism, to the present day. At the heart of the story lies the rise and fall of England's largest Cistercian monastery and how that shaped the origins of the Aislabie family's breathtaking gardens. Their Studley Royal was at the forefront of every emergent landscape gardening fashion between 1670 and 1800. The book also describes the dramatic history of the family and the monumental scale of their achievements in this field, extending over many dozens of square miles of North Yorkshire - far beyond the limits of the garden as it is seen today (reduced to serve the more limited needs of Victorian day-trippers). The Wonder of the North brings social and garden history together with archaeology to reveal Fountains Abbey and Studley Royal - too often seen as "just" a ruined medieval monastery - as one of the world's greatest artistic creations. Mark Newman has been the National Trust's archaeological adviser for Fountains Abbey and Studley Royal estate since 1988. He was also resident there, living in Fountains Hall from 1988-1995.