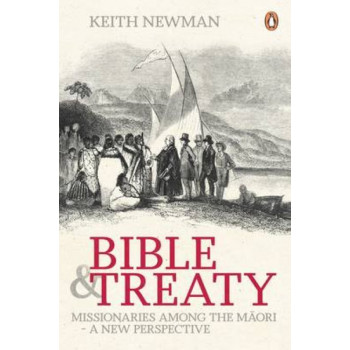 Bible and Treaty: Missionaries Among the Maori - a New Perspective

Bible & Treaty: Missionaries among the Maori is a complex and colourful adventure of faith, bravery, perseverance and betrayal that seeks to recover lost connections in the story of modern New Zealand. It brings a fresh perspective to the missionary story, from the lead-up to Samuel Marsden's first sermon on New Zealand soil, and the intervening struggle for survival and understanding, to the dramatic events that unfolded around the Treaty of Waitangi and the disillusionment that led to the Land Wars in the 1860s. While some missionaries clearly failed to live up to their high calling, the majority committed their lives to Maori and were instrumental in spreading Christianity, brokering peace between warring tribes, and promoting literacy - publishing, for instance, the first indigenous-language Bible in the Southern Hemisphere. This highly readable account, from the author of Ratana Revisited: An Unfinished Legacy (2006) and Ratana: The Prophet (2009), shines a new light on the ever-evolving business of New Zealand's early history.