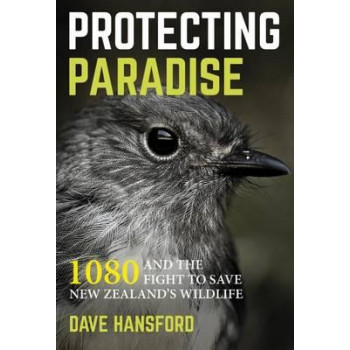 New Zealand's native wildlife is in crisis. It's being slaughtered by pests and we need to intervene more frequently, more comprehensively, and across a broader front than we currently are if we are to protect our mainland populations of our native wildlife. The use of 1080 remains our best option to combat pests in the medium term. As techniques have become more refined in recent years, the results from the aerial application of 1080 over significant areas of the conservation estate have been spectacularly successful in maintaining populations of native birds. Plus, it offers the best balance of environmental safety, affordability and effectiveness. Yet the use of 1080 attracts fierce opposition from a small group of vocal and passionate opponents. This book examines their arguments, and conclusively shows that the 'science' put up by 1080 opponents is unsubstantiated. The idea that our native forests are silent (i.e. that 1080 kills native birds) because of 1080 drops is also unsupported by research, while their other major claim that trapping could entirely replace 1080 is simply not practical. Dave Hansford believes that opponents of 1080 who are concerned about the ethics of spreading poison across the land have a valid argument and should be given an audience. He is however, deeply concerned by other vested interests, for example some in the hunting lobby who want more game animals to shoot, and are prepared to put that before the survival of our native wildlife. He argues that it is time for New Zealanders to take a stand, and to come to the defence of their wildlife. If you care about our natural heritage, but are confused by the 1080 issue, then this is a book you must read, before kiwi and kereru and other iconic birds are a thing of the past on mainland New Zealand.