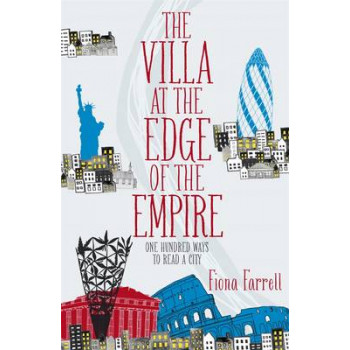 Villa at the Edge of the Empire

Where are we? How did we get here? Where do we go now? A provocative and insightful exploration of rebuilding our homes, communities and cities after their devastation. From nineteenth-century attempts to create Utopias to America's rustbelt, from Darwin's study of worms to China's phantom cities, this work ranges widely through history and around the world. It examines the evolution of cities and of Christchurch in particular, looking at its swampy origins and its present reconstruction following the recent destructive earthquakes. And it takes us to L'Aquila in Italy to observe another city shaken by destructive tremors. Farrell writes as a citizen caught up in a devastated city in an era when political ideology has transformed the citizen to 'an asset, the raw material on which ...empire makes a profit'. In a hundred tiny pieces, she prods at contentious issues, such as the fate of a Cathedral, the closure of schools, the role of insurers, the plans for civic venues. Through personal observation, conversations with friends, a close reading of everything from the daily newspaper to records of other upheavals in Pompeii and Berlin, this dazzling book explores community, the love of place and, ultimately, regeneration and renewal.