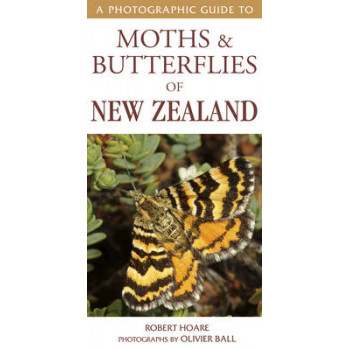 Given that they are found in a huge range of habitats, from the porch light to the forests, pastures and high country, it is easy to stumble across New Zealand's moths and butterflies. That study is still very much a 'work in progress': in addition to about 1720 named species - the great majority of which are moths, many of them day-flying - we have numerous unnamed species: probably well over 200 in all. This book, written and photographed by experts in their fields, introduces important and striking species of both main islands, describing their appearance, behaviour and life cycle. It explains which species are endemic and which have probably 'blown over' at some point from Australia and other neighbours, and gives useful tips on how readers can find, identify and study these beautiful invertebrates for themselves.