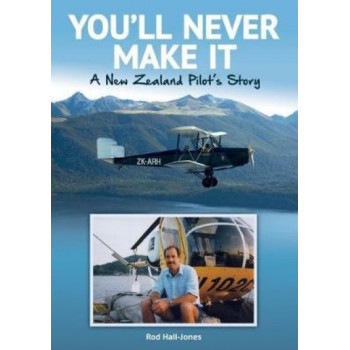 Rod Hall-Jones is a Te Anau-based author who has flown fixed-wing aeroplanes and helicopters since taking flying lessons at the age of 17. He has overcome more than a few hurdles to get to where he is today - including an examiner determined that he should not become an instructor, six engine failures, a wire strike, and a CAA medical branch restricting his medical. He sailed, flew, and ate his way through more than 20 countries during his six years flying as part of the Cousteau crew. Rod now lives in his beloved Fiordland and is lucky enough to still be flying and loving it, 50-plus years later. As the quintessential 'Southern Man', he enjoys nothing more than sharing the special beauty and history of Fiordland to inspire others to treasure and care for our national heritage as much as he does. This is his first book.