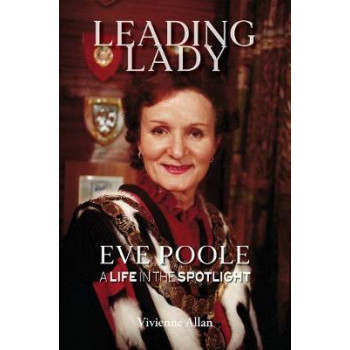 Leading Lady: Life in the Spotlight

Articulate and intelligent, Eve Poole had a passion for the theatre and the arts. A desire to protect one of Invercargill's cultural icons led her into politics and she was elected as the city's first woman mayor in 1983, joining Cath Tizard who that year broke similar ground in Auckland - the two becoming trailblazers at both ends of the country. Already a member of the QEII Arts Council (later Creative New Zealand), Eve played an active part in encouraging the visual and performing arts across the country. She was equally at home on the stage as an actor and producer, on TV shows such as Beauty and the Beast, and as a member of the NZ Committee on Women, an early forerunner of the Ministry of Women's Affairs, during the UN Decade for Women. She gained national prominence for her leadership when the 1984 floods ravaged her adopted city and the surrounding region. Vivienne Allan tells the story of her mother's life with warmth and honesty, beginning with the struggle to find passage out of Germany in the 1930s. When war broke out Eve, still only 17 and living with her family in Tel Aviv, joined the British Army, serving as a driver in Egypt. There she met the New Zealander who was to become her husband and, after discharge, moved to Invercargill to raise their family with him. Eve's practicality, determination and humanity saw her retain the mayoralty for four terms until her untimely death in 1992.