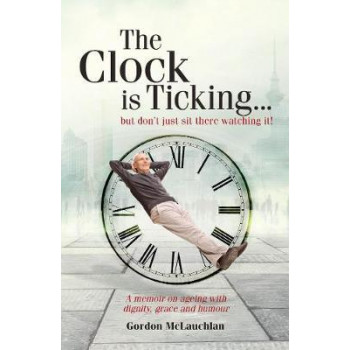 Stop the Clock: A Memoir on Ageing with Dignity, Grace and Humour

The best way to learn anything is by doing it - this is a maxim that goes back to Aristotle and one that journalist and writer Gordon McLauchlan always ascribed to. As he approached the end of his life, Gordon drew a number of conclusions, including the fact that the only way of learning how to manage growing old is by growing old. He didn't believe that wisdom is necessarily a concomitant of old age but suggested that, while there is no fool like an old fool, it is also true that there is no sage like an old sage. Borrowing quotes from philosophers and writers collected in a commonplace book over more than 60 years, in Stop the Clock Gordon described his own ascent into his golden years. Ascent, he insisted, not descent as so many politicians and economists would describe it as they discuss the concerns of the elderly the way parents sometimes speak to each other about their children while they are in the same room. Stop the Clock is Gordon McLauchlan's poignant and insightful swan song, relevant and meaningful for all of us. It will make you not only stop and smell the roses, but consider Shakespeare and the homeless in the process.