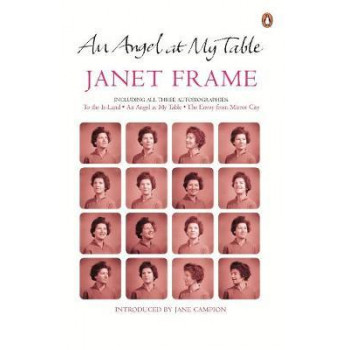 An Angel At My Table

With a heartfelt introduction from Jane Campion. Janet Frame brings the skill of an extraordinary novelist and poet to these vivid and haunting recollections. Gathered here in a single edition are the three parts of Janet Frame's autobiography. From a childhood and adolescence spent in a materially poor but intellectually intense railway family, through life as a student and years of incarceration in mental hospitals (essentially for wanting to pursue a career as a poet), followed eventually by her entry into the saving world of writers and the 'Mirror City' that sustains them. This is not just the records of a life but also the flourishing of a writer's career. Janet Frame accomplishes 'the transformation of ordinary facts and ideas into a shining palace of mirrors'. All three volumes of this autobiography - To The Is-Land (1983), An Angel At My Table (1984) and The Envoy From The Mirror City (1985) have won major literary prizes. Internationally lauded director Jane Campion made a film of An Angel At My Table that won international jury prizes at Venice, Toronto and other film festivals. Janet Frame died in January 2004.