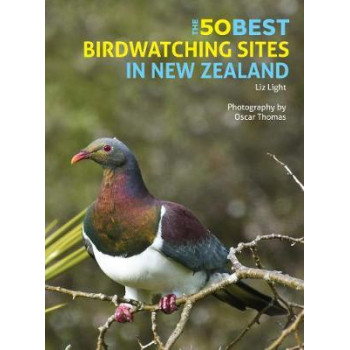 New Zealand has a diverse range of bird species and is especially important for pelagics. Thirteen of the world's 18 penguin species have been recorded in the New Zealand region (including the Ross Dependency). Nine of these species breed here. Of petrels, 37 of the world's 114 species breed in the New Zealand region, some on the mainland or nearby islands so they can be seen flying around, but many stick to the Southern Ocean islands. Eleven of the world's 22 albatross species nest in New Zealand and of those nine do not nest elsewhere. As well as these specific species, the book covers 50 sites on the North and South Islands, Rakiura/Steward Island and Chatham Islands that are best for birdwatching. Detailed descriptions of each site cover the type of terrain, and the tracks and trails where certain species are likely to be encountered. Particular species for each site are highlighted. A fact file for each site lists land or sea access; type of habitat, best time to visit, facilities and accommodation. Key species for each site are also listed.