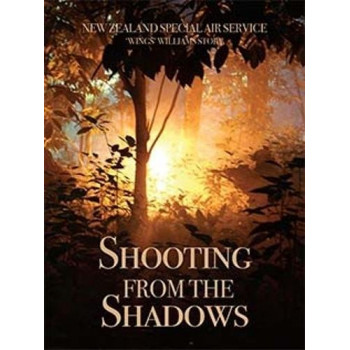 Between 1956 and 1971 the New Zealand SAS were deployed on active service four times. Michael `Wings' Williams career in the New Zealand Army, and the New Zealand SAS, spans a signi cant portion of this period - and this book takes the reader through two of those key campaigns; Borneo and South Vietnam. This book gives us a glimpse into the world of an SAS soldier at that time through the eyes of one of New Zealand SAS' most well-known veterans. This story is important for many reasons, not least because these Cold War experiences would be so critical for future generations of New Zealand Special Forces soldiers, including its most famous one; Willie Apiata VC. In his biography, author Paul Little writes that one of Apiata's best trainers was an instructor "who had learnt from the Vietnam SAS vets" - individuals like `Wings' Williams. Some stories are humorous, some are frightening and some ably illustrate the matter-of-fact candour that is a hallmark of this group of former elite soldiers. While many would cringe at being described in such a fashion, no member would disagree with their deep desire to achieve and maintain the highest professional standards that were expected from all SAS soldiers. This is what made the SAS soldiers; no glori ed heroics, no outstanding deeds of `daring-do' but the application of unique Kiwi Special Forces culture of humility, commitment and unrelentingstandardsofexcellence. Whilethisbookismuch about Williams' SAS career, it is considerably more than that. But for me, the real value in this book is Wings' target audience. It is not the wider public nor is it the military historian, amateur or professional, even though this volume will be of immense interest to both. What pleases me more than anything is that this is a story for a family. There is a deep sense of duty and service that comes from reading this book, and it is my hope that `Wings' and his peers remain as proud of their contributions, sacri ces and accomplishments as I and many of the children within the `SAS family' have always been. Your stories are part of who we are, and many of us have been waiting some time to hear them.