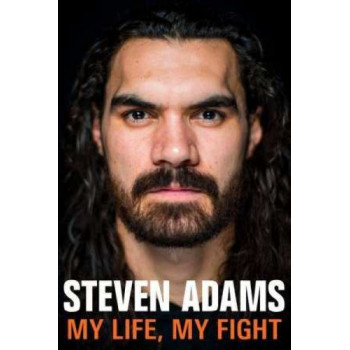 Steven Adams: My Life, My Fight

For the first time, Steven Adams shares the story behind his meteoric rise from the streets of Rotorua to his emerging stardom in the NBA. Adams overcame the odds to become a top prospect in the 2013 NBA draft. From there he went on to secure a four-year US$100 million contract with the Oklahoma City Thunder - making him New Zealand's highest-paid sportsperson ever - and forge a reputation for his intense, physical style of basketball. In this intimate account of his life story so far, the seven-foot centre reflects on his humble upbringing, the impact of his father's death when he was just 13, the multiple challenges and setbacks he has faced, early career-defining moments, and what basketball means to him. Told with warmth, humour and humility, My Life, My Fight is a gripping account from one of New Zealand's most admired sporting stars.