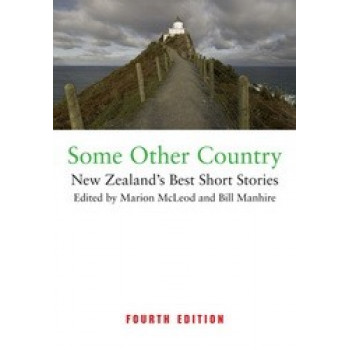 First published in 1984, Some Other Country quickly became established as New Zealand's essential single-volume anthology of short stories, and has since been enjoyed by many thousands of visitors, students and readers of all kinds. Now this fourth edition adds four new writers, bringing the collection completely up to date with the diverse energies of New Zealand life and writing. The country to be found in these pages is not the place depicted in glossy picture books or economic profiles. But it is a real place, composed of that blend of accuracy and vision which only the imagination, committed to language and experience, can supply. It is the New Zealand of Janet Frame and Katherine Mansfield, of Frank Sargeson and Maurice Gee, of Witi Ihimaera and Patricia Grace. Some Other Country is a collection of stories from the body of New Zealand writing that began with the work of the young expatriate writer, Katherine Mansfield. It includes well-known stories by major writers including Vincent O'Sullivan, Joy Cowley, C. K. Stead, Owen Marshall and Keri Hulme, alongside stories by writers who have come into prominence in the last 20 years, such as Barbara Anderson, Fiona Farrell, Emily Perkins, Damien Wilkins and Alice Tawhai. Some Other Country represents the editors' choice of simply 'the best we could find'.