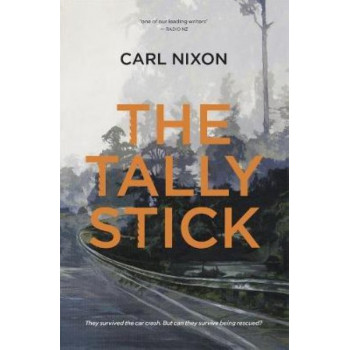 A compulsive and chilling novel about subjugation, survival and the meaning of family. Up on the highway, the only evidence that the Chamberlains had ever been there was two smeared tyre tracks in the mud leading into the almost undamaged screen of bushes and trees. No other cars passed that way until after dawn. By that time the tracks had been washed away by the heavy rain . . . It was a magic trick. After being in the country for only five days, the Chamberlain family had vanished into the air. The date was 4 April 1978. In 2010 the remains of the eldest Chamberlain child have been discovered in a remote part of the West Coast, showing he lived for four years after the family disappeared. Found alongside him are his father's watch and what turns out to be a tally stick, a piece of wood scored across, marking items of debt. How had he survived and then died? Where was the rest of his family? And what is the meaning of the tally stick?