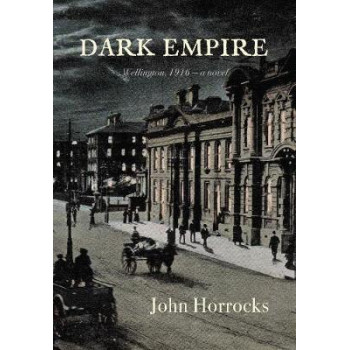 Katherine Mansfield created some of literature's most chilling characters, not least Harry Kember and his wife. They seemed out of place among the families enjoying summer holidays at Wellington's Days Bay. Some of the women at the Bay thought that one day Harry would commit a murder. Twenty years later, Harry controls Wellington's criminal underworld. It is wartime, but business is brisk at his complex of sly grog shops and brothels. His financial dealings have also begun to ensnare more upright citizens such as Stanley Burnell. When Detective Sergeant Tom Guthrie is asked to investigate the drowning of a prisoner from Somes Island, he learns that the man is Burnell's brother-in-law, who worked for both him and Kember. Neither wants to talk about him, while Kate Benson, a journalist at Truth, finds it is dangerous to ask questions about the dead man.