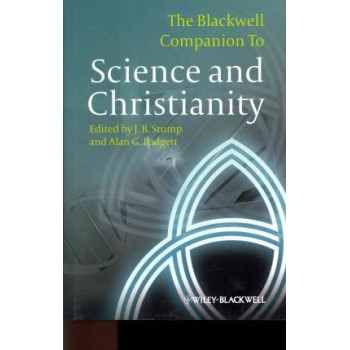 Blackwell Companion to Science and Christianity

A cutting-edge survey of contemporary thought at the intersection of science and Christianity. Provides a cutting-edge survey of the central ideas at play at the intersection of science and Christianity through 54 original articles by world-leading scholars and rising stars in the discipline Focuses on Christianity's interaction with Science to offer a fine-grained analysis of issues such as multiverse theories in cosmology, convergence in evolution, Intelligent Design, natural theology, human consciousness, artificial intelligence, free will, miracles, and the Trinity, amongst many others Addresses major historical developments in the relationship between science and Christianity, including Christian patristics, the scientific revolution, the reception of Darwin, and twentieth century fundamentalism Divided into 9 Parts: Historical Episodes; Methodology; Natural Theology; Cosmology & Physics; Evolution; The Human Sciences; Christian Bioethics; Metaphysical Implications; The Mind; Theology; and Significant Figures of the 20 th Century Includes diverse perspectives and broadens the conversation from the Anglocentric tradition