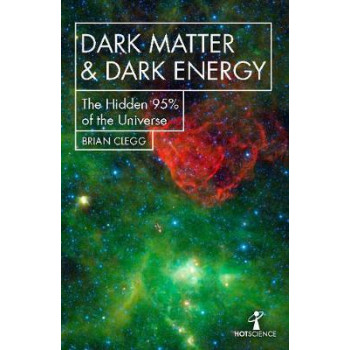 Dark Matter and Dark Energy: The Hidden 95% of the Universe

All the matter and light we can see in the universe makes up a trivial five per cent of everything. The rest is hidden. Since the 1970s, astronomers have been aware that galaxies have far too little matter in them to account for the way they spin around: they should fly apart like clay off a potter's wheel, but something concealed holds them together. This 'something' is dark matter - invisible material in five times the quantity of the familiar stuff of stars and planets. By the 1990s we also knew that the expansion of the universe was accelerating. Something, named dark energy, was pushing it to expand faster and faster. Across the universe, this requires enough energy that the equivalent mass would be nearly 14 times greater than all the known material in existence. With dark matter and dark energy making up 95 per cent of reality, cosmologists have uncovered the biggest puzzle that science has ever faced.