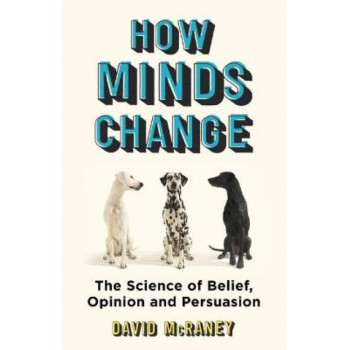 How Minds Change: Science of Belief, Opinion and Persuasion, The

Genes create brains, brains create beliefs, beliefs create attitudes, attitudes create group-identities, group identities create norms, norms create values, and values create cultures. The most effective persuasion techniques work backwards. Ideas sweep across cultures in waves, beginning with early adopters who reduce uncertainty for the rest of the population. It's rarely because the innovation is amazing in and of itself, but because early adopters signal to the group that it's safe to think again. This book explains how minds change - and how to change them - not over hundreds of years, but in less than a generation, in less than a decade, or sometimes in a single conversation.