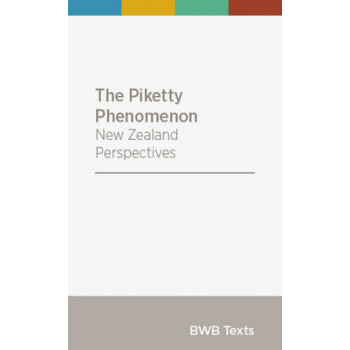 Few books have had the global impact of Thomas Piketty's Capital in the Twenty-First Century. An overnight bestseller, Piketty's assessment that inherited wealth will always grow faster, on average, than earned wealth has energised debate. Hailed as 'bigger than Marx' (The Economist) or dismissed as 'medieval' (Wall Street Journal), the book is widely acknowledged as having significant economic and political implications.Collected in this BWB Text are responses to this phenomenon from a diverse range of New Zealand economists and commentators. These voices speak independently to the relevance of Piketty's conclusions. Is New Zealand faced with a one-way future of rising inequality? Does redistribution need to focus more on wealth, rather than just income? Was the post-war Great Convergence merely an aberration and is our society doomed to regress into a new Gilded Age?