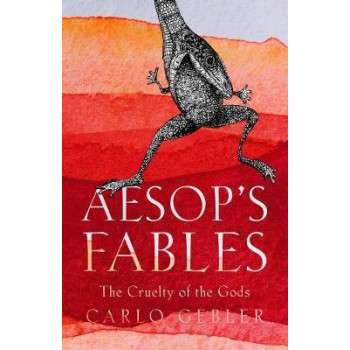 Aesop's Fables: The Cruelty of the Gods

The greatest collection of fables ever written, updated for our turbulent times. A witty, scatological illustrated version of the world's greatest collection of fables, allegedly written by a slave in the 5th century BC. A book for our times: as Gebler notes, Aesop has two subjects - the exercise of power and the experience of the powerless who endure life and all that it inflicts on them. This retelling of the Fables makes them relevant and richly enjoyable. Large and fierce animals kill and butcher weaker creatures; gods play games with the hopes and fears of lesser species, including men and women; and occasionally the weak turn the tables on the strong, exposing their pretensions. This is a stunning new version of a book that was often bowdlerised and used to teach moral lessons to children. Gebler's Aesop is darker and more realistic, and compulsively readable.