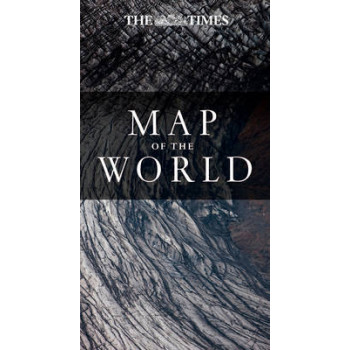 Times Map of the World

This folded world map has been fully revised and updated to include the latest political changes. The map contains politically coloured mapping which shows individual countries and their capital city, major roads, railways and cities and towns clearly. Local name forms are used for all towns and cities with the English or historical alternative shown in brackets e.g. Mumbai (Bombay), Sankt Peterburg (Leningrad) where space permits. This makes the map readily accessible to the general reader who needs an up-to-date map to follow reports of world events in newspapers, on radio and television. It is perfect for the home and office. INCLUDES: * All recent political changes carried out to mapping. * Changes to international dateline. * Index to names on the map with cross references to alternative and historical name forms. AREA OF COVERAGE All of the world, centred on the Greenwich Meridian, and including maps of the North and South Pole regions. SCALE Scale 1:25 000 000; 1cm to 250 km; 1 inch to 395 miles. Size of world map unfolded 637 x 1016mm