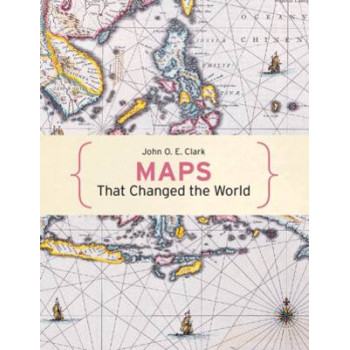 Maps That Changed the World

An ancient Chinese proverb suggests, "They are wise parents who give their children roots and wings - and a map." Maps That Changed the World features some of the world's most famous maps, stretching back to a time when cartography was in its infancy and the 'edge of the world' was a barrier to exploration. The book includes details of how the Lewis and Clark Expedition helped map the American West, and how the British mapped India and Australia. Included are the beautifully engraved Dutch maps of the 16th century; the sinister Utopian maps of the Nazis; the maps that presaged brilliant military campaigns; charted the geology of a nation; and the ones that divided a continent up between its European conquerors. Organised by theme, the book shows the evolution of map-making from all corners of the globe, from ancient clay maps, to cartographic breakthroughs such as Harry Beck's map of the London underground. There are also famous fictional maps, including the maps of the lost continent of Atlantis and Tolkien's Middle Earth. With an introduction written by acclaimed cartographic historian Jeremy Black.