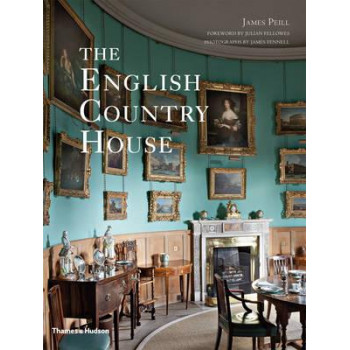 Ranging from Kentchurch Court, a former fortified medieval manor house that has been the seat of the Scudamore family for nearly 1,000 years, to a delightful Strawberry Hill-style Gothic house in rural Cornwall and car-crazed Goodwood House, this beautifully illustrated book showcases ten outstanding British country houses, all still in the hands of the original families. James Peill recounts the ups and downs of such deep-rooted clans as the Cracrofts, landowners in Lincolnshire since the 12th century, whose late 18th-century Hackthorn Hall is a perfect example of the kind of house Jane Austen describes in her novels (indeed, she appears on their family tree), as well as the relatively newly arrived Biddulphs, who constructed Rodmarton, an Arts & Crafts masterpiece, in the first decades of the last century. James Fennell has once again provided superb photographs of a wealth of gardens, charming interiors, bygone sporting trophies, fine art collections and fanciful family memorabilia, making The English Country House a delicious treat for Anglophiles and lovers of old houses.