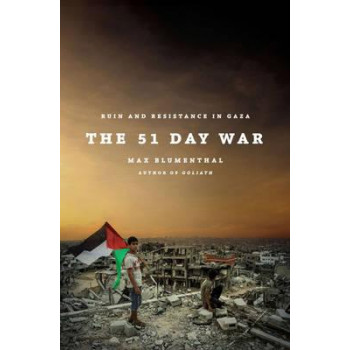 On July 8, 2014, Israel launched air strikes and a ground invasion of Gaza, that lasted 51 days, leaving over 2,000 people dead, the vast majority of whom were Gazan civilians. During the assault, at least 10,000 homes were destroyed and, according to the United Nations, nearly 300,000 Palestinians were displaced. Max Blumenthal was on the ground during what he argues was an entirely avoidable catastrophe. In this explosive work of reportage, Blumenthal reveals the harrowing conditions and cynical deceptions that led to the ruinous war. Here, for the first time, Blumenthal unearths and presents shocking evidence of atrocities he gathered in the rubble of Gaza.