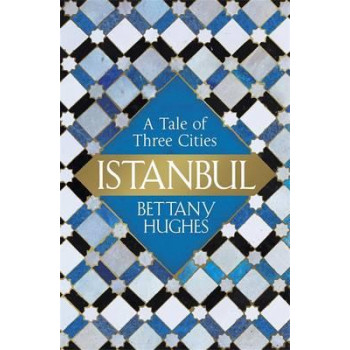 Istanbul: A Tale of Three Cities

Istanbul explores a city which stands as a gateway between the east and west, one of the indisputably greatest cities in the world. Previously known by the names Byzantium and Constantinople, this is the most celebrated metropolis in the world to sit on two continents, straddling the dividing line of the Bosphorus Strait between Europe and Asia. During its long history, Istanbul has served as the capital of the Roman, Byzantine, Latin and Ottoman Empires. Its architecture reflects these many cultures, including the Hagia Sophia (Byzantine), the Blue Mosque (Ottoman), the Valens Aqueduct (Roman), the Topkapi Palace (Ottoman), and more modern Art Nouveau avenues built in the 19th and 20th centuries - many of which are UNESCO World Heritage sites. With the founding of the Republic of Turkey by Ataturk in 1923, Istanbul was overlooked and Ankara became the capital. Over the next 90 years, Istanbul has undergone great structural change, and in the 1970s the population of the city rocketed as people moved to the city to find work, turning Istanbul into the cultural, economic and financial centre of Turkey. Events there recently have again brought Istanbul to the forefront of global attention. Indeed, while writing this book, Bettany was caught with her daughters in the crossfire of Taksim Square. Bettany Hughes has been researching and writing this rich portrait of one of the world's most multi-faceted cities for over a decade. Her compelling biography of a momentous city is visceral, immediate and sensuous narrative history at its finest.