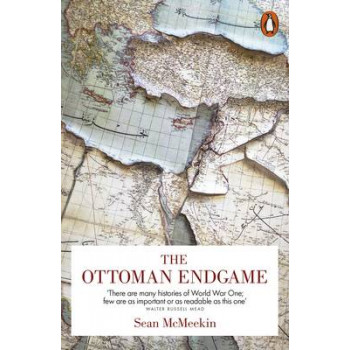 Ottoman Endgame: War, Revolution and the Making of the Modern Middle East, 1908-1923

'An outstanding history ...one of the best writers on the First World War' Simon Sebag Montefiore The Ottoman Endgame is the first, and definitive, single-volume history of the Ottoman empire's decade-long war for survival. Beginning with Italy's invasion of Ottoman Tripoli in September 1911, the opening salvo in what would soon spiral into a European conflict, the book concludes with the establishment of Turkish independence in the Treaty of Lausanne, 1923. This is the first time an author has woven the entire epic together from start to finish - and it will cause many readers to fundamentally reevaluate their understanding of the conflict. The consequences, well into the 21st century, could not have been more momentous.