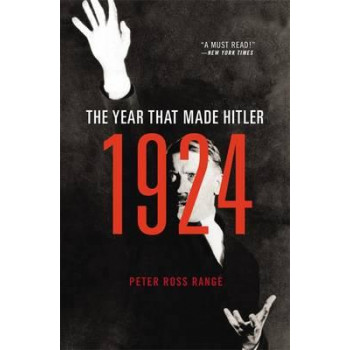 Adolf Hitler spent 1924 away from society and surrounded by co-conspirators of the failed Beer Hall Putsch. Behind bars in a prison near Munich, Hitler passed the year with deep reading and intensive writing, a year of slowly walking gravel paths while working feverishly on his book Mein Kampf. This was the year of Hitler's final transformation into the self-proclaimed savior and infallible leader who would appropriate Germany's historical traditions and bring them into his vision for the Third Reich. Until now, no one has devoted an entire book to the single, dark year of Hitler's incarceration following his attempted coup. Peter Ross Range richly depicts this year that bore to the world a monster.