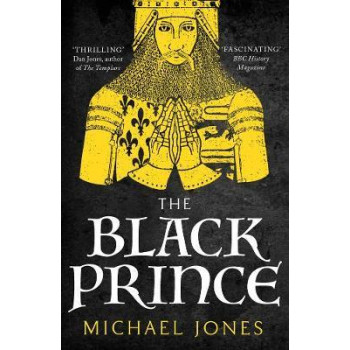 A major new biography of the Black Prince: hero of the battles of Crecy and Poitiers and England's greatest medieval warrior. 'A clear-eyed and thrilling vision of the man behind the legend' DAN JONES. In 1346, at the age of sixteen, he won his spurs at Crecy;nine years later he conducted a brutal raid across Languedoc;in 1356 he captured the king of France at Poitiers;as lord of Aquitaine he ruled a vast swathe of southwestern France. He was Edward of Woodstock, eldest son of Edward III, but better known to posterity as 'the Black Prince'. Michael Jones tells the remarkable story of a great warrior-prince - and paints an unforgettable portrait of warfare and chivalry in the late Middle Ages.