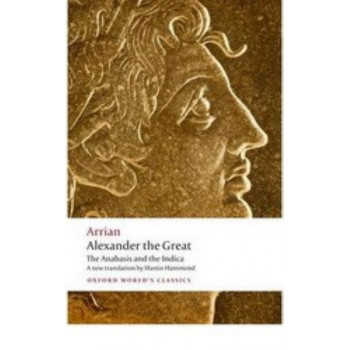 'He was a man like no other man has ever been' So Arrian sums up the career of Alexander the Great of Macedon (356-323 BC), who in twelve years that changed the world led his army in conquest of a vast empire extending from the Danube to the rivers of the Punjab, from Egypt to Uzbekistan, and died in Babylon at the age of 32 with further ambitions unfulfilled. Arrian (c. 86-161 AD), a Greek man of letters who had experience of military command and of the highest political office in both Rome and Athens, set out to write the definitive account of Alexander's life and campaigns, published as the Anabasis and its later companion piece the Indica . His work is now our prime and most detailed extant source for the history of Alexander, and it is a dramatic story, fast-moving like its main subject, and told with great narrative skill. Arrian admired Alexander and was fascinated by him, but was also alive to his faults: he presents a compelling account of an exceptional leader, brilliant, ruthless, passionate, and complex. ABOUT THE SERIES: For over 100 years Oxford World's Classics has made available the widest range of literature from around the globe. Each affordable volume reflects Oxford's commitment to scholarship, providing the most accurate text plus a wealth of other valuable features, including expert introductions by leading authorities, helpful notes to clarify the text, up-to-date bibliographies for further study, and much more.