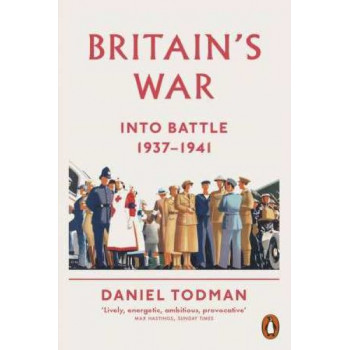 'An energetic, ambitious, provocative work by a young historian of notable gifts, which deserves a wide readership' Max Hastings, The Sunday Times 'Bold and breathtaking...I have never read a more daringly panoramic survey of the period' Jonathan Wright, Herald Scotland The most terrible emergency in Britain's history, the Second World War required an unprecedented national effort. An exhausted country had to fight an unexpectedly long war and found itself much diminished amongst the victors. Yet the outcome of the war was nonetheless a triumph, not least for a political system that proved well adapted to the demands of a total conflict and for a population who had to make many sacrifices but who were spared most of the horrors experienced in the rest of Europe. Britain's War is a narrative of these epic events, an analysis of the myriad factors that shaped military success and failure, and an explanation of what the war tells us about the history of modern Britain. As compelling on the major military events as he is on the experience of ordinary people living through exceptional times, Todman suffuses his extraordinary book with a vivid sense of a struggle which left nobody unchanged - and explores why, despite terror, separation and deprivation, Britons were overwhelmingly willing to pay the price of victory. This volume begins with the coronation of George VI and ends with the disasters in the Far East in December 1941. A second volume will tell the story from 1942 to Indian independence in 1947.