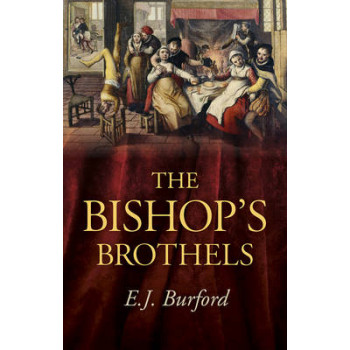 Drawing on a wealth of contemporary source material, The Bishop's Brothels is a fascinating social history of how commercial sex has been bought and sold in London for over a thousand years. The Bankside Brothels, or 'stewes', were a celebrated feature of London life since Roman times. Located on the south side of the River Thames, in the Bishop of Winchester's 'Liberty of the Clink', they were a highly lucrative source of revenue for the Church. In AD 1161 a royal decree ordered that these establishments be licensed and regulated. For many years they attracted the great and the not-so-good, helping to make Southwark the 'pleasure-garden' of London. But who were the people of the Bankside Brothels? What living conditions did they have to endure? How did women cope with the constant threat of violence, unwanted pregnancy and venereal disease? The streets of Southwark and those who walked them are vividly brought to life in this richly researched exploration of the history of this stretch of the Thames over the centuries. Through the stories of those who lived and worked in this fascinating part of London, we can begin to gain an understanding of a crucial but hitherto neglected aspect of the social history of England.