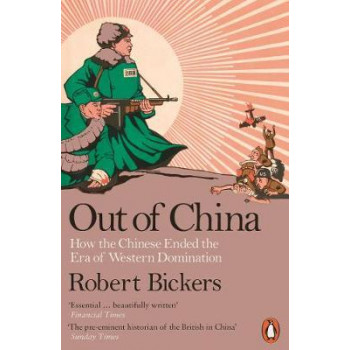 Out of China: How the Chinese Ended the Era of Western Domination

Even at the high noon of Europe's empire-building China nonetheless kept its sovereignty. Robert Bickers' major new book is the first to describe fully what has proved to be one of the modern era's most important stories: the long, often agonizing process by which the Chinese had by the end of the 20th century regained control of their own country. Out of China uses a brilliant array of unusual, strange and vivid sources to recreate a now fantastically remote world. Today Chinese nationalism stays firmly rooted in memories of its degraded past - the quest for self-sufficiency, the determination to assert China's standing in the world, to stake its outstanding territorial claims, and never to be vulnerable to renewed attack. History matters deeply to Beijing's current rulers - and Out of China explains why.