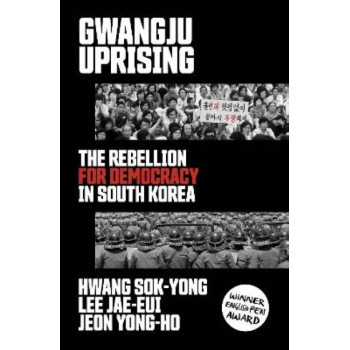 Gwangju Uprising: The Rebellion for Democracy in South Korea

On 18th May 1980, student activists gathered in the South Korean city of Gwangju to protest the coup d'etat and martial law government of General Chun Doo-hwan. The security forces responded with unmitigated violence, and over the next ten days hundreds of students, activists and citizens were arrested, tortured and murdered. The events of the uprising shaped over a decade of resistance to the repressive South Korean regime, and paved the way for the country's democratisation in the 1990s. The subject of right-wing conspiracy and controversy in South Korea, the texts of Gwangju Uprising survived in underground circulation and were recently republished. This fresh translation by Slin Jung of the original text, compiled from eye-witness testimonies, forms a gripping and full account of both the events of the uprising and the political situation which preceded and followed the violence of those days. The edition contains a preface by Hwang Sok-yong, material which situates the uprising in its longer-term local and international context. The resulting volume is an unrivalled account of the movement for democracy and freedom in South Korea in the tumultuous period of the 1980s dictatorship. A vital collection for those interested in East Asian contemporary history and the global struggle for democracy.