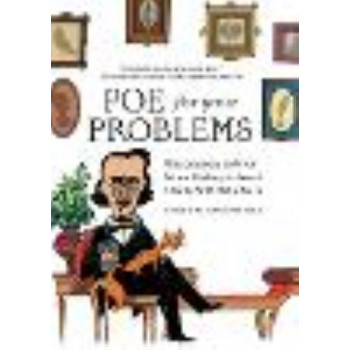 Say the name Edgar Allan Poe and you'll likely find countless adoring fans in your midst -- the man has been dead for 17 decades, yet he's remained as famous and timeless as ever and is considered one of the most important and influential American writers of the 19th century, and dare we say, of all time. With over 4M fans on Facebook (only J.K. Rowling and Stephen King have similar numbers), Poe has been the inspiration behind scores of film and TV adaptations, as well as a craft beer, a football team (Baltimore Ravens), various musicians, and countless pop culture references. Still, of all the writers anywhere, Poe would seem to be the least likely you'd want to turn to for advice -- he had tons of failed relationships; not many people liked him; he was a drunk; he was always broke; he often went hungry; even his own death was somewhat of a mystery. But that's also precisely the point. Where Poe failed, he also persevered. This is the idea behind Poe for Your Problems, the world's first darkly inspiring self-help book based on Poe, the most unlikely self-help guru. Poe can cheer us up, lend us courage and inspire us to keep going, if only we got to know him. We f*ck-ups need our own hero and Poe is our natural champion. This book will draw deeply on Poe's poetry, fiction, letters, and essays, in addition to a vast range of new scholarship and scientific research with the express purpose of showing readers how to overcome life's challenges and succeed despite the odds. Included throughout are 30-40 black-and-white illustrations in a handsome, giftable package.