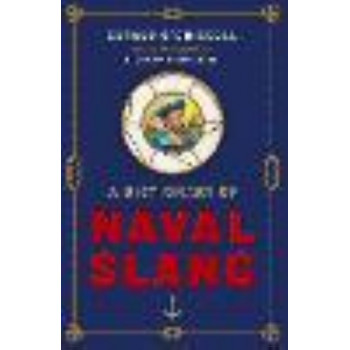 Dictionary of Naval Slang, A

Trapped aboard leaky ships and creaking vessels for months, sometimes years, on end, the crews developed a peculiar language all of their own. The Royal Navy's heyday is long past and much of the sailor's vocabulary has vanished with it. But before it disappeared once and for all, veteran sailor Gerald O'Driscoll preserved its unique language in this sometimes hilarious but always fascinating compendium of nautical language. Taking the reader from "Abaft the Screen" all the way through the alphabet to "Wet at the boat hoist", A Dictionary of Naval Slang is a treasury of naval argot, jargon, lingo, and cant. First published in 1943, this modern gift edition comes with a foreword by author and former Royal Navy submariner Richard Humphreys. Elephant's part - fig.: The part of the spectator. One who elects to watch others working and does not make any attempt to lend a hand is said to be doing the elephant's part. Get your lugs back - fig.: In the imperative mood is an unconventional invitation to eat, drink and be merry. Rum fiend: As the term implies, a man who is a glutton for rum; also "the hard-featured toper who presides at the "fanny" and serves out "shaky" tots in order to insure more "plussers" for himself. Tin-eye -nomen.: Nickname given to anyone who sports a monocle.