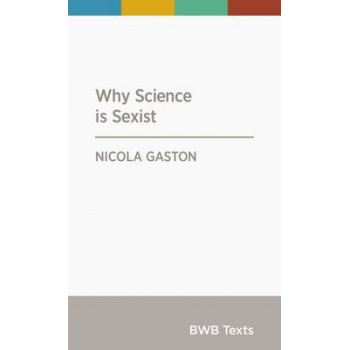 BWB Text: Why Science is Sexist

In June 2015, Nobel Laureate Tim Hunt resigned from the Faculty of Life Sciences at University College London after making a dismissive remark about female scientists.The incident is just the tip of the iceberg, argues Nicola Gaston, President of the New Zealand Association of Scientists. In this timely BWB Text, she scrutinises the sexism afflicting the discipline of science, from the under-representation of women to the 'scientific' argument that mental capabilities are gendered. Ultimately, she asks what can be done to combat unconscious bias in science - and to ensure that the future of scientific inquiry is both balanced and objective.