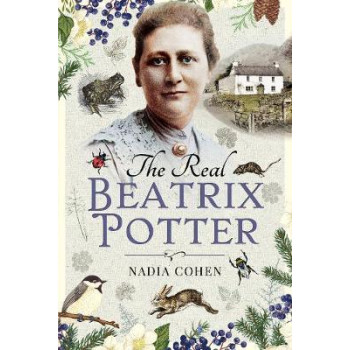 The Real Beatrix Potter is a fascinating and revealing biography of one of the world's most cherished children's authors. Beatrix Potter's famous little white books have enchanted generations of young readers who adored the characters she created and of course her own distinctive illustrations. Born into a typically repressed Victorian family it was assumed that Beatrix would achieve little more than finding herself a rich husband, and so there was no point in bothering to educate her. But the Potters underestimated their daughter. Stifled by the lack of stimulation, she educated herself in art, science, and of course a great love of the natural world. The success of Peter Rabbit proved her to be creative genius who could have become the toast of the London literary scene, but when her fianc tragically died Beatrix retreated to the Lake District where she reinvented herself as a successful farmer, a canny businesswoman and an early environmental pioneer. Passionately campaigning to save the area from development she helped establish the National Trust, and despite her great wealth Beatrix lived out her days in humble anonymity. AUTHOR: Nadia Cohen is an author who has written numerous historical and contemporary biographies. The Real Beatrix Potter is the latest in a series of fascinating in-depth biographies about apparently whimsical children's story tellers who actually hid a darker side behind the public facade. Others in the series include The Extraordinary Life of AA Milne, The Real Roald Dahl and The Real Enid Blyton. As an entertainment reporter she worked at various newspapers and magazines in London and New York, covering film festivals, premieres and award ceremonies around the world. She now lives in London with her family. 16 b/w illustrations