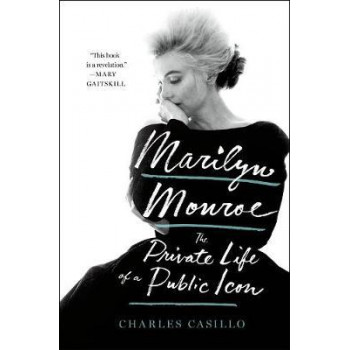 Marilyn Monroe. Her beauty still captivates. Her love life still fascinates. Her story still dominates popular culture. Now, drawing on years of research and dozens of new interviews this biography cuts through decades of lies and secrets and introduces you to the Marilyn Monroe you always wanted to know: a living, breathing, complex woman, bewitching and maddening, brilliant yet flawed. Casillo studies Monroe's life through the context of her times-in the days before feminism. Before there was adequate treatment for bipolar disorder. Starting with her abusive childhood, this biography exposes how-in spite of her fractured psyche-Marilyn managed to transform each celebrated love affair and each tragedy into another step in her journey towards immortality. Casillo fully explores the last two years of her life, including her involvement with both John F. Kennedy and his brother Robert, and the mystery of her last day. Just a few of Casillo's revelations: *Despite reports of their bitter rivalry, Elizabeth Taylor secretly called Marilyn when she was fired from her last film to offer moral and financial support. *Film of a rumored nude love scene with Clark Gable was said to have been destroyed-but an exclusive interview reveals that it still exists. *A meticulously detailed account of the events of her last day, revealing how a series of miscommunications and misjudgments contributed to her death.