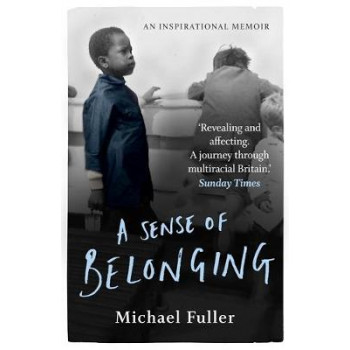 Search For Belonging, A : A story about race, identity, belonging and displacement

'Absorbing...revealing and affecting. There are pleasures here, and lessons to be learnt, whatever colour you are' - The Sunday Times 'Michael Fuller is an extraordinary man with a remarkable and interesting story' - Helen Mirren A story about race, identity, belonging and displacement, A Search for Belonging is the memoir from Michael Fuller - Britain's first ever black Chief Constable, whose life and career is not only a stark representation of race relations in the UK, but also a unique morality tale of how humanity deals with life's injustices. Michael Fuller was born to Windrush-generation Jamaican immigrants in 1959, and experienced a meteoric career in policing, from the beat to the Brixton inferno, through cutting edge detective work to the frontline of drug-related crime and violence on London's most volatile estates. He took a pivotal role in the formation of Operation Trident, which tackled gun crime and gang warfare in the London community, and was later appointed as chief constable of Kent. A Search for Belonging is a raw and unflinching account of a life in policing during a tumultuous period of race relations throughout the UK.