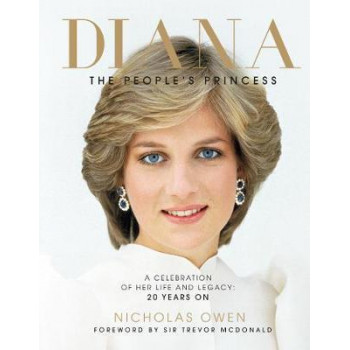 On 31 August 1997, the world was stunned by the tragic death of the most popular and photographed woman of the modern age: Diana, Princess of Wales. The outpouring of public grief at this tragically early death was unprecedented in modern times. Now, more than 20 years on, Diana: The People's Princess celebrates both her life and her legacy. A dignified and unexploitative celebration of Diana's life, Diana: The People's Princess commemorates this remarkable woman's life from her childhood to her tragic premature death at the age of 36. With authoritative text and a vast array of photographs, this updated edition includes new material on the aftermath of her death, including her legacy as a mother - Princes William and Harry and their involvement in perpetuating and protecting her memory - and the continuing work of the Royal Foundation of the Duke and Duchess of Cambridge. The book is brought right up to date with the marriage of Harry to Meghan Markle, who some compare to the Princess of Wales.