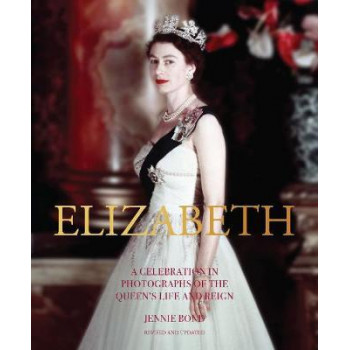 Elizabeth: A Celebration in Photographs of the Queen's Life and Reign

Queen Elizabeth II is the longest-serving monarch in British history. She has been a towering presence in British national life and throughout the world for almost 70 years and it is this extraordinary life that former BBC correspondent Jennie Bond explores and celebrates. On February 6, 1952, Princess Elizabeth, Duchess of Edinburgh, became Queen on the death of her father, King George VI. The reign that was to see major changes both in the country and Commonwealth and in the role of the monarchy began far away from Britain in a game reserve in Kenya. Elizabeth: A Celebration in Photographs, looks at this remarkable period in the history of Britain's monarchy in lavish and fascinating detail, featuring over 240 photographs. Constantly under scrutiny ever since she took the throne, this book presents a balanced and absorbing account of the Queen's life and of her role as the head of state in a country and a world that have changed almost beyond recognition in the seventy years since she inherited the throne.