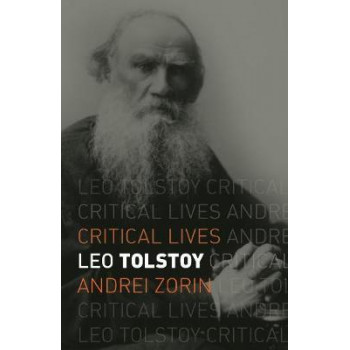 When he arrived in Moscow in 1851, a young Leo Tolstoy set himself three immediate aims: to gamble, to marry and to obtain a post. At that time he managed only the first. The writer's momentous life would be full of forced breaks and abrupt departures, from the death of his beloved parents to an abandonment of the social class into which he had been born. Andrei Zorin skilfully pieces together Tolstoy's life, offering an account of the novelist's deepest feelings and motives, and a brilliant interpretation of his major works, including the celebrated novels War and Peace and Anna Karenina. 'I know of no other biography of Tolstoy as succinct, as objective, as readable or as thought-provoking as Andrei Zorin's.' - Donald Rayfield, Emeritus Professor of Russian and Georgian, Queen Mary, University of London 'Zorin has produced a masterpiece where erudition and intellectual elegance intersect.' - Hans Ulrich Gumbrecht, Albert Guerard Professor in Literature, Emeritus, Stanford University