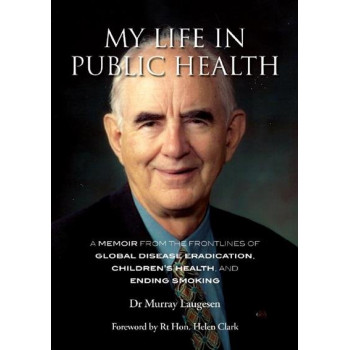 My Life In Public Health

Dr Murray Laugesen's long career as a public health specialist has seen him involved in some of the major public health initiatives, both global and national, of the latter part of the twentieth century and on into the twenty-first. While working in India early in his career, Murray played an important role in popularising the immunisation of children in the Punjab and other states. He vaccinated and treated cholera, and lent his efforts to vaccinating against smallpox, polio and tetanus. Today, India is free of these diseases. Back in his home country of New Zealand, Murray, now working in the Department of Health, resumed work and research into child health. Then, in 1984, he launched the first serious campaign to reduce smoking in New Zealand, and it is this work that has most engaged him in the decades since. With Minister of Health Helen Clark, Murray was the architect of the Smoke-free Environments Act 1990, which abolished tobacco advertising and sponsorship, and, when amended in 2003, abolished all remaining smoking at work. In 2007, while working for his own company, Health New Zealand, Murray was the first person outside of China to research and advocate the new electronic cigarette as an alternative to smoking. Murray's account of his and his colleagues' efforts to curb smoking in New Zealand serves as a blueprint for other countries wanting to end this major health hazard, while his story of his life, both personal and professional, reveals a person of compassion and commitment whose work has benefited the health of a great many people at home and abroad.