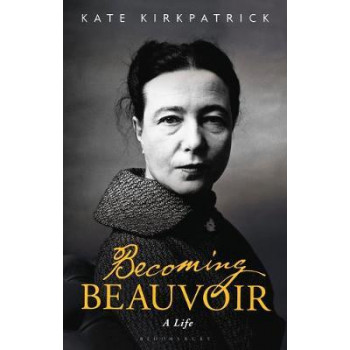 `One is not born, but rather becomes, a woman', wrote Simone de Beauvoir. This is a woman who was also to become a philosopher, a novelist, an existentialist, and a feminist icon. Her novels won prestigious literary prizes and The Second Sex transformed the way we think about sex and gender. She was also the long-term lover of Jean-Paul Sartre, but it was to film-maker Claude Lanzmann that she wrote `You are my destiny, my eternity, my life ...' in letters which only came to light in 2018. Kate Kirkpatrick draws on previously unavailable diaries and letters, including those written to Lanzmann. The new personal details about her life revealed for the first time by the book can only deepen the mystery and our fascination with her. Why did this `feminist icon' edit her image so much? Why did she lie about her relationship with Sartre so often, or claim not to be a philosopher? Perhaps with so much that's new here we'll get a little closer to understanding who Beauvoir really was.