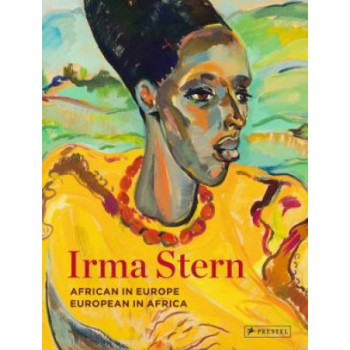 In this wide-ranging monograph, the achievements of Irma Stern, one of South Africa's most celebrated painters, are introduced to a contemporary audience. The vivid and powerful expressionist paintings of Irma Stern were a key factor in the modernisation of early 20th-century South African art. Although she was widely recognised during her lifetime, Stern's posthumous fame has dwindled outside her home country, and this beautifully produced monograph serves to correct that injustice. A master of colour and composition, Stern is best known for her portraits and still lifes that reflected her passion for travel and devotion to home. Drawing from letters, journals, the artist's own illustrated travelogues as well as the latest scholarship, this volume traces Stern's childhood in South Africa and her family's flight to Germany in the wake of the South African War (1899-1902). Readers will learn of her artistic development at the center of Weimar, Germany's expressionist avant-garde, her return to her homeland and the derisive reaction to her early work, and finally her productive travels throughout the African continent and the acclaim she achieved. The book also focuses on the political and cultural forces that shaped Stern's work, including the unification of South Africa, the rise of expressionism in Germany, the interplay between indigenous and colonial art in the African continent, and Stern's continued influence on contemporary South African artists. AUTHOR: Sean O'Toole is a Cape Town-based art critic, journalist, and former editor of the magazine Art South Africa. His writings have been widely published, most regularly in Aperture, Artforum, Contemporary &, Mail & Guardian, and Sunday Times. A contributing editor to Frieze, his essays have appeared in recent books by Michael Armitage, David Goldblatt, William Kentridge, Jo Ractliffe, and Mikhael Subotzky. He has edited three volumes of cultural essays, most recently The Journey: New Positions on African Photography, as well as published one book of fiction, The Marquis of Mooikloof and Other Stories, which included a story awarded the 2006 HSBC/SA Pen Literary Award. 100 colour illustrations