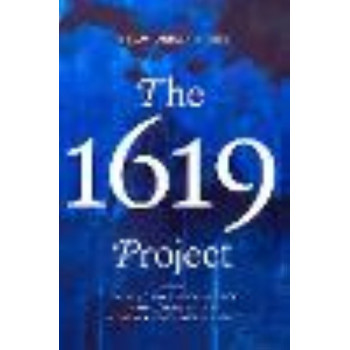 A dramatic expansion of one of the definitive journalistic events of recent years- The 1619 Project, The New York Times Magazine's award-winning reframing of the American founding and its contemporary echoes, placing slavery and resistance at the centre of the American story. The animating idea of The 1619 Project is that the American story is more accurately told if we begin not on July 4, 1776, but in late August of 1619, when a ship arrived in Jamestown bearing a cargo of twenty to thirty enslaved people from Africa. Their arrival inaugurated a barbaric and unprecedented system of chattel slavery that would last for the next 250 years. This is sometimes referred to as America's original sin, but it is more than that- It is the country's very origin. The 1619 Project places the consequences of slavery and the contributions of Black Americans at the centre of the story America tells about itself. Orchestrated by the editors of The New York Times Magazine, led by MacArthur "genius" and Pulitzer Prize-winning journalist Nikole Hannah-Jones, this collection of essays and historical vignettes includes some of the most outstanding journalists, thinkers, and scholars of American history and culture -- including Linda Villarosa, Jamelle Bouie, Jeneen Interlandi, Matthew Desmond, Wesley Morris, and Bryan Stevenson. Together, their work shows how the tendrils of 1619 -- of slavery and resistance to slavery -- reach into every part of our contemporary culture, from voting, housing and healthcare, to the way we sing and dance, the way we tell stories, and the way we worship. Short pieces of flash fiction and poetry bring the history to life through the imaginative interpretations of some of our greatest writers. The 1619 Project ultimately sends a very strong message- We must have a clear vision of this history if we are to understand our present dilemmas. Only by reckoning with this difficult history and trying as hard as we can to understand its powerful influence on our present, can we prepare ourselves for a more just future.