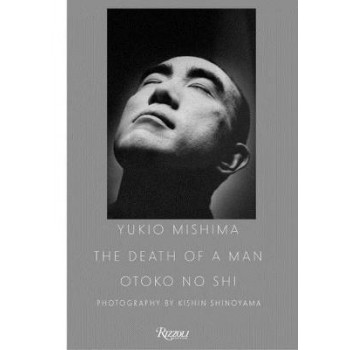 On November 25, 1970, Yukio Mishima, the most important Japanese novelist of the 20th century, publicly staged his own death after he and four other companions stormed the ministry of defense in Tokyo in a bizarre, abortive coup. The author of masterworks such as The Temple of the Golden Pavilion and Forbidden Colors, Mishima, a celebrated figure in postwar world literature and an LGBT pioneer, remains a controversial figure in Japan. His genius notwithstanding, his reactionary politics and the spectacular nature of his death had so profoundly impacted Japanese society that images associated with the event are never publicly shown. In the months prior to the November incident, he enlisted Kishin Shinoyama to create a photographic, radical work of fiction, an extended photo essay on the death of the Japanese 'everyman.' With Mishima as leading man, he and Shinoyama set about to record the 'deaths' of a number of men. In images often suffused with militarism and eroticism, all invariably shot with an elaborate mise-en-scene, a parade of men, including a gymnast, a sailor, a construction worker, a fisherman, a soldier - and towards the very end, an avatar of the author himself - are shown meeting grisly, dramatic ends. Published for the very first time, these stylised images of men dying alone serve as prologues to the real-world culmination of Mishima's pursuit of total art, one without equal in history. With texts by Mishima and his closest intimates, and first-person reminiscences of his final moments, this book promises to be an unprecedented interrogation on the nature of performance, and the role of artist as actor, provocateur and revolutionary.