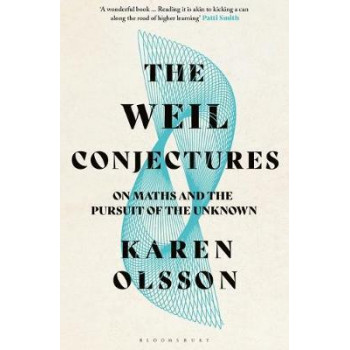 Weil Conjectures: On Maths and the Pursuit of the Unknown, The

'Beguiling ... Olsson is evocative on curiosity as an appetite of the mind, on the pleasure of glutting oneself on knowledge' New York Times Simone Weil: philosopher, political activist, mystic - and sister to Andre, one of the most influential mathematicians of the twentieth century. These two extraordinary siblings formed an obsession for Karen Olsson, who studied mathematics at Harvard, only to turn to writing as a vocation. When Olsson got hold of the 1940 letters between the siblings, she found they shared a curiosity about the inception of creative thought - that flash of insight - that Olsson experienced as both a maths student, and later, novelist. Following this thread of connections, The Weil Conjectures explores the lives of Simone and Andre, the lore and allure of mathematics, and its significance in Olsson's own life.